Is LifeLock Worth It?

When it comes to any product, whether it’s worth your time or money is the most important question to answer. This goes especially for competitive markets, and ones that deal with the most important things in life: health, wealth, and family.

Identity theft protection is both. There are a lot of services out there, and they’re all designed to protect the things most important to you.

So, let’s see if we can succinctly go over the ways LifeLock might be worth taking a deeper look at for many people.

First, the most important question: 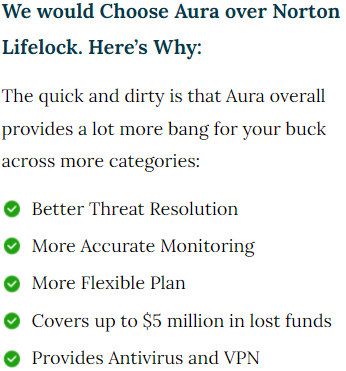 LifeLock is one of the top of the line identity theft protection services out there. It provides a wide array of monitoring services that cover all of the most common threats out there. These include, but are not limited to:

These should suit the needs of most users, and protect from more types of fraud than these initially may sound.

The purpose of a service like this is, first and foremost, advance warning of threats as they happen. The earlier you are alerted to potential problems, the easier you’ll be able to deal with the consequences of them.

LifeLock also provides several tools that help you to resolve those problems as they arise. Their customer service team is just a call away, and the representatives are quite competent. Combined with nice little extras like the wallet restoration service (which helps you cancel and reorder credit cards and the like if your wallet is lost or stolen), LifeLock offers you plenty of tools to both find and resolve problems. Finally, LifeLock offers a type of insurance which will help reimburse you for any funds stolen during an identity fraud or breach event, and to help pay for the expense of hiring experts (like lawyers and investigators) and other necessary expenses you’ll be forced to accrue when your identity is stolen.  (Just take note that the extent of coverage also depends on which plan you are on).

Let’s compare LifeLock to other services:

LifeLock simply offers a whole ton more options than every other service on the market. They have the breadth of monitoring you’d expect from a top-end service, but more than that, they offer a variety of other tools that other services don’t.

Chief among these is the Norton 360 security package. It gives you an antivirus service and a VPN bundled into your identity theft protection service.

It also offers “PC health” tools, but the antivirus and VPN service are the real big ticket items; everything else they offer is available for free from programs like CCleaner if you happen to need them at all.

The antivirus service is quite good compared to other options on the market like AVG or Avast, and really gets the job done. Getting the VPN as well saves you a lot of money if you need a VPN service, either for business or pleasure. A VPN can be used to both protect your identity online as well as for fun stuff like pretending to be from a different region; this lets you access region-locked content on services like Netflix  in other countries that wouldn’t normally be available in yours (for example, Netflix offers different programming in the UK and Japan than would be available in the US or Canada).

How Does it Stack Up to Other Services?

The main issue with LifeLock is the speed of its monitoring. It’s a bit slow compared to the options mentioned, and pretty much everything else on the market. It’s accuracy compares well to most other services, but pales in comparison to Identity Guard.

Is Lifelock worth it? Overall, LifeLock comes across as competent, and well above average for other products out there, but shows some room for improvement in its monitoring.

In terms of resolution services, very few out there compare. It’s really only Identity Guard which can rival it in this regard, and they’re roughly equal in terms of the quality of their customer service and other tools.

One area it falls short is in its insurance, however. Identity Guard and a few other services offer $1 million in insurance at every tier of their membership, that covers both lost funds reimbursement and expenses.

LifeLock, on the other hand, offers $1 million in expense reimbursement, but makes the lost funds reimbursement based on membership tier. You don’t get the full $1 million unless you go with their top tier Ultimate Plus plan, meaning that if you just want great insurance for a low price, Identity Guard is going to be your better bet (as their Value plan is dirt cheap and offers the full use of their $1 million insurance plan).

On the whole though, these are relatively minor problems. LifeLock is a great service, and their Advantage plan and Ultimate Plus plans are market leaders in a lot of respects.

It’s also worth mentioning that LifeLock’s family plan options are some of the most cost effective on the market, increasing the base price of the service by relatively small percentages compared to competitors, and adding a lot more modularity and flexibility in how they can be used.

Is LifeLock Worth It?

Absolutely. While LifeLock isn’t the best in every single category, it’s at least above average in all of them, with relatively minor flaws in most respects.

While it can be a bit expensive, it does back up that expense with a lot of extra value. The raw cost of its more expensive plans is offset by exactly how much is offered. If you were paying for a separate VPN service (such as NordVPN) on the side before you got LifeLock, the cost you’d save from subscribing to that service in addition to a different identity theft protection service would more than cover the cost difference between LifeLock and that option, for example.

All in all, you can do a lot worse than LifeLock, and it’s very hard to do better in several aspects.

Read Also: How to Get Access to LifeLock Free Trial