When it comes to identity theft protection, Identity Force has long been one of my favorite options in the budget space. MyFico, by contrast…is one of my least favorite, for various reasons. Let’s get down to the details.

Our process ensures we get reproducible, accurate results from every product we test. Our experts use each service the exact same way a normal user would, gathering information and making a note of how the service performs in daily use, usually over the course of about a month.

Then, we break down each facet of the service into six key categories, in order of importance:

These categories are then individually ranked and graded on a ten point scale, then weighted in the above order. This means the majority of a service’s point value comes from the quality of their monitoring and threat resolution, as those are largely what determines the total quality and performance of a service. Everything besides these factors are negotiable, while poor monitoring or threat resolution will sink a service instantly. 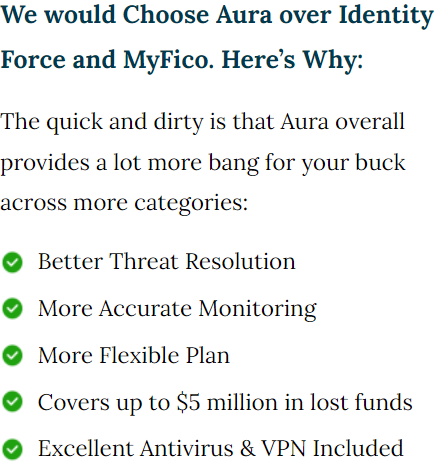 Should You Bother With Identity Theft Protection?

Absolutely. Everyone is at risk from identity fraud, and the more you use the internet, the greater the risk becomes.

Especially now, when so many businesses have moved online and things will never quite go back to how they were, you need to be thinking about how the greatest threat to your assets is not a burglar, but data leaks, breaches, and hacks that get access to your online information.

Identity theft is one of the fastest growing crimes in the world, and it’s unavoidable in this day and age. You can be cautious and reduce risk, but never completely eliminate the danger involved with having an online presence.It’s just good sense to have at the very least basic identity theft protection. You don’t have to shell out for the best (though it’s safer to do so, especially if you’re a homeowner), but having something is infinitely better than leaving yourself dangling in the wind.

Ease of Use: Winner – MyFico

I’m not really a big fan of how either of these services is laid out, but of the two, MyFico is a bit better. Or, more accurately, they’re both about the same but Identity Force offers other annoyances.

A look at MyFico’s dashboard:

Or, at least, the nav bar. Everything else on the main page is just credit scores, and credit score related things. The alerts tab isn’t much better.

It’s all very vague and laid out in an unappealing way. Identity Force, at first glance, is much better.

Much more information at once, though it’s still laid out in a pretty staid fashion, and it has a lot of wasted space along the right side.

The problem, and what puts it below MyFico despite the better dashboard layout, is their signup process. It is grueling, labyrinthine, and all around annoying to the point I wouldn’t be surprised if a lot of potential Identity Force users gave up halfway through signing up.

So, neither option is that great, but at least signing up for MyFico is fast and easy.

I have nothing nice to say about MyFico here. MyFico has some of the worst alerts I have ever seen in a supposed identity theft protection service.

This is in part because its monitoring tools are laughably shallow, limited to the barest minimum level of monitoring. I’m genuinely not sure why they’re even attempting to pass this off as an identity monitoring service when the only thing they really offer is dark web and data breach monitoring.

Their main focus is on credit monitoring, which they do exceptionally well (as we’ll discuss when we get to Additional Services), but that’s quite possibly the least important thing when it comes to identity theft protection, to the point that I generally recommend not to pay extra for it if offered, and instead go with the myriad free options out there.

The accuracy is good and speed is okay…but it should be, since it’s barely monitoring anything. That’s all that saves MyFico from getting a zero in this category, and consequently its overall score.

This is extremely good for a service of this type, and it’s bolstered by fast and accurate alerts.

The only thing it doesn’t offer is more specialized monitoring, like home title monitoring. This isn’t too bad, since that’s not something everyone needs access to anyway.

And, speaking of credit monitoring you shouldn’t pay extra for: Identity Force has it, and you shouldn’t bother. Not that it’s bad, just that it’s a wasted expense and cuts down on one of the service’s major upsides (its low price).

Despite the fact that it won’t be catching any of the major threats you should be worried about, whatever piddling little alerts it may throw up can be easily resolved via their customer support, 24 hours a day and 7 days a week.

Identity Force does, by contrast, have more limited hours. They’re open 7 days a week, from 8 AM to 5:30 PM (EST). This is compounded by the fact that their availability on weekends is more limited; you’ll have to call back on a weekday for anything too complicated. Keep that in mind if you get an alert from Identity Force; it’s better to take part of a day off work and call them during the week if you need to get in touch with them.

Here is where MyFico shines, and where I can say something unequivocally nice about it for once.

MyFico has one singular focus. And it’s not on identity theft. It’s on credit monitoring.

As a credit tool, MyFico is unmatched among all the things I’ve looked at, including several other credit focused “identity theft” services like Experian’s Identity Works service.

In particular, I like their Credit Simulator feature, which lets you take a look at an existing credit score, and simulate the effects on it by adding or subtracting debt, to really help you dial in how much your debt to credit ratio is affecting your current credit score, and what the most optimal way to pay it off is (as sometimes paying it off faster or slower can result in a larger final score).

Identity Force, by contrast, has less to show for it. They have some pre-filled forms to cut down on solicitation requests you may receive from various entities, and a barebones VPN service, but nothing that really stands out from the crowd like MyFico has here.

It’s clear to me that MyFico is not really interested in offering you identity theft protection: they’re interested in advanced credit monitoring.

And here is where MyFico loses me again: the price. MyFico is…ridiculously expensive. It is difficult for me to express how flabbergasted I was by the prices on this service. Especially compared to what little value it actually offers. 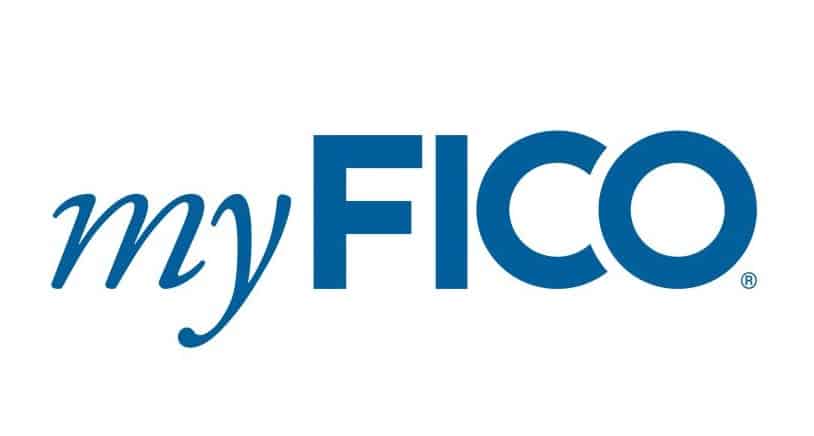 Assuming you take my advice and nix the credit monitoring from Identity Force, its primary service plan (Ultrasecure) is cheaper than MyFico’s “Basic” plan.

Meanwhile, Identity Force vastly outperforms MyFico at every tier, for a fraction of the price. The only thing worth recommending MyFico for is their credit monitoring tools, and that would be all you get with the Basic plan.

Yes, that’s right: the Basic plan doesn’t even have identity monitoring. You need to fork over for “Advanced” (a laughable name for what a miniscule amount of monitoring it offers) to even get identity monitoring at all, putting it near double the cost of Identity Force…for maybe a tenth of the performance.

I’ll preface this by saying that MyFico’s insurance is not bad, actually. They offer up to $1 million in combined reimbursement for expenses and stolen funds.

However, Identity Force one-ups that with the gold standard for identity theft insurance: separate $1 million pools each for lost funds and expenses. So you essentially get double the insurance for a fraction of the price.

MyFico’s extreme lack of value is a real shame, because there is some nice stuff in here. I don’t want to undersell how great their credit monitoring tools are…but it’s impossible to justify the outrageous prices they’re charging for it.

Meanwhile, Identity Force offers a budget package that outperforms MyFico in almost every single area, and a high amount of competence in the one major one it doesn’t (threat resolution).

This is compounded by MyFico not just being a bad value by comparison to Identity Force…but to the entire market. It seems like when they cooked up this service, whoever was in charge of setting the prices never even took a glance at what the average cost for a service was, because there are several services out there that offer better performance for a lower price. Including a fair few services I rate pretty poorly due to a combination of inadequate performance and inflated prices.

Even if Identity Force wasn’t already one of my favorite services out there, it would compare favorably to MyFico. I don’t think there is a single worse identity theft protection service on the market right now.

This is the Service we Trust & Use for our Online Security